One of the earliest Chinese artists to impact mainstream American collectors

We are very pleased to offer two paintings by Zhang Shuqi in our October Asian Art auction offered online October 24- 29.

Zhang Shuqi was born in 1900 in Zhejiang, China. He is considered one of the earliest Chinese artists to have direct impact on mainstream American audiences and their understanding of Chinese brush painting. Studying under one of the most famous Chinese painters, Liu Haisu (1896-1994), Zhang received training in Western painting techniques, which would form the foundation of his own work. Liu styled himself as the Chinese Vincent Van Gogh, founding the Shanghai Art Academy to teach Western art techniques exclusively. Zhang was one of the Academy’s earliest students, and after graduation, became a practicing artist and instructor of brush painting at various schools in China.

Influenced by his friend and associate at the time, Zhang Daqian (1899-1983), Zhang also trained himself in the mastery of traditional Chinese brush painting techniques. He developed his own interpretation of the well-established Chinese painting genre of birds and flowers, seeking to breathe new life into traditional forms using his knowledge of Western art. Because of Zhang’s synthesis of these two styles, he considered himself both an international and Chinese artist.

Zhang’s career progressed quickly in the 1930s. His work was exhibited in Paris, Berlin and Moscow while also coming to the attention of Chinese political elites. In 1940, the Ministry of Education requested that Zhang create a large painting to commemorate President Roosevelt’s election to a third presidential term. The result was his monumental Messengers of Peace, also known as A Hundred Doves, which received extensive media coverage.

Under the auspices of the Chinese government, Zhang travelled to the United States in the autumn of 1941, as China’s “ambassador of art and goodwill,”th the mission to promote Sino-American understanding and friendship through an introduction to Chinese culture. Zhang travelled extensively across the country in the name of cultural diplomacy, exhibiting his works at galleries while giving talks at clubs, civic organizations, universities, museums, and to private collectors.

Throughout the early 1940s, Zhang exhibited his paintings and performed demonstrations of his technique at museums across North America. At his shows, the public demonstrations of his painting attracted large audiences who witnessed Chinese brush painting for the first time. Widely advertised, these events attracted great crowds who were amazed by the “temporality” of his process, as he was capable of producing intricate compositions within a matter of minutes. Zhang’s unusual handling of his materials, in particular the brushworkand the application of watercolours, captivated his viewers. His ability to render simple scenes of natural beauty were enthralling: his birds and flowers created an alternate, idealistic reality, which was in contrast to the stresses of war and of daily life.

The physicality of the artist’s painting techniques also impressed Western audiences, with the artist and writer John Garth noting “the way in which Professor Chang moves his brush through its series of graceful curves, swirls and touches as the painting steadily evolves beneath his handsome hand reminds the watcher, oddly enough, of the apparent free but exactly controlled execution of a difficult dance routine by some master or mistress of the classic ballet.”

Zhang was known in China for his style of “whiteism” — the liberal use of white pigment – which was very unconventional in traditional painting. This unusual style is perfectly captured in both paintings offered by Waddington’s, as it can be seen in the depiction of the flowers.

Cyclically dated to the 33rd year of the Republic (1944), lot 169 Bird and Wisteria, offered in our upcoming auction, is the result of one of Zhang’s painting demonstrations. Its inscription indicates that it was painted at the Gallery of Canmore in Alberta as a gift to Mr. Xinghe.

Another of Zhang’s signature techniques was his usage of Hanji. Hanji is a traditional handmade paper from Korea. Hanji is made from the inner bark of Broussonetia papyrifera, known colloquially as paper mulberry, a tree native to Korea that grows well on its rocky mountainsides, known in Korean as dak. Lot 168, Bird, Butterfly, and Peony, painted on Hanji and pasted on board, was also dedicated to Mr. Xinghe.

Zhang returned to China at the end of World War II, though returned to the United States in 1949. He set up a studio in the hills of Oakland, California where he lived until his death in 1957. His paintings have been exhibited at major museums, including the Metropolitan Museum of Art, the Chicago Art Institute, and the Royal Ontario Museum in Toronto.

Our October Asian Art Auction will be offered online from October 24 – 29.  Please note that all transactions are in Canadian Dollars (CAD) and all times posted are ET.

We invite you to view the full gallery.

The Franklin D. Roosevelt Presidential Library and Museum holds documentation related to the gifting of the painting and some of its subsequent history in the Roosevelt administration. See: Wendell A. Parks to Gordon H. Chang, November 13, 1997. Johnson to Franklin D. Roosevelt, December 24,1940. Chang Family Collection. 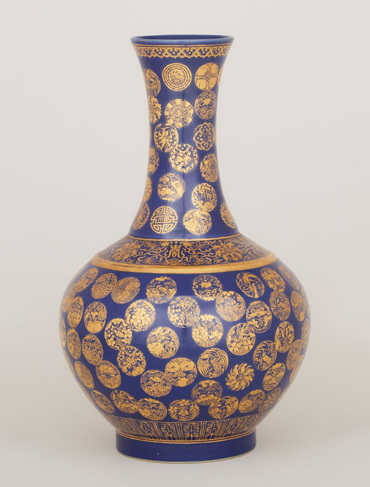 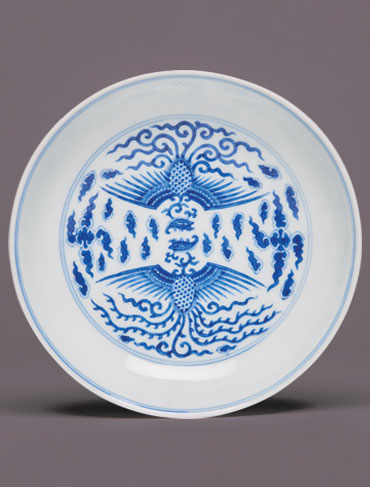 Discover the True Value of Your Asian Art